Violin Maestro Kumaresh is a limitless phenomenon whose musical career spanning 48 years has created a paradigm shift in the way the world looks at Indian Violin.
An out of box thinker and a philosopher, Kumaresh, fondly known as the Fiddling Monk , has redeﬁned the teaching methods and repertoire for the students of violin.

A Child Prodigy who played his ﬁrst concert when he was just 5 years, he was a sensation in the ﬁeld of Carnatic music by completing his 100th stage performance even before he was 10. There are many ﬁrsts in his career, like being one of the youngest to perform a full-fledged concert on stage, one of the youngest artists to be honoured as "The State Artist" , by the Tamil Nadu Government, to getting an "A Top" Grade by the All India Radio, and the list goes on! He is also a proud recipient of "Sangeeta Natak Academy" award, the highest award given to an artist by the Government of India (GoI) 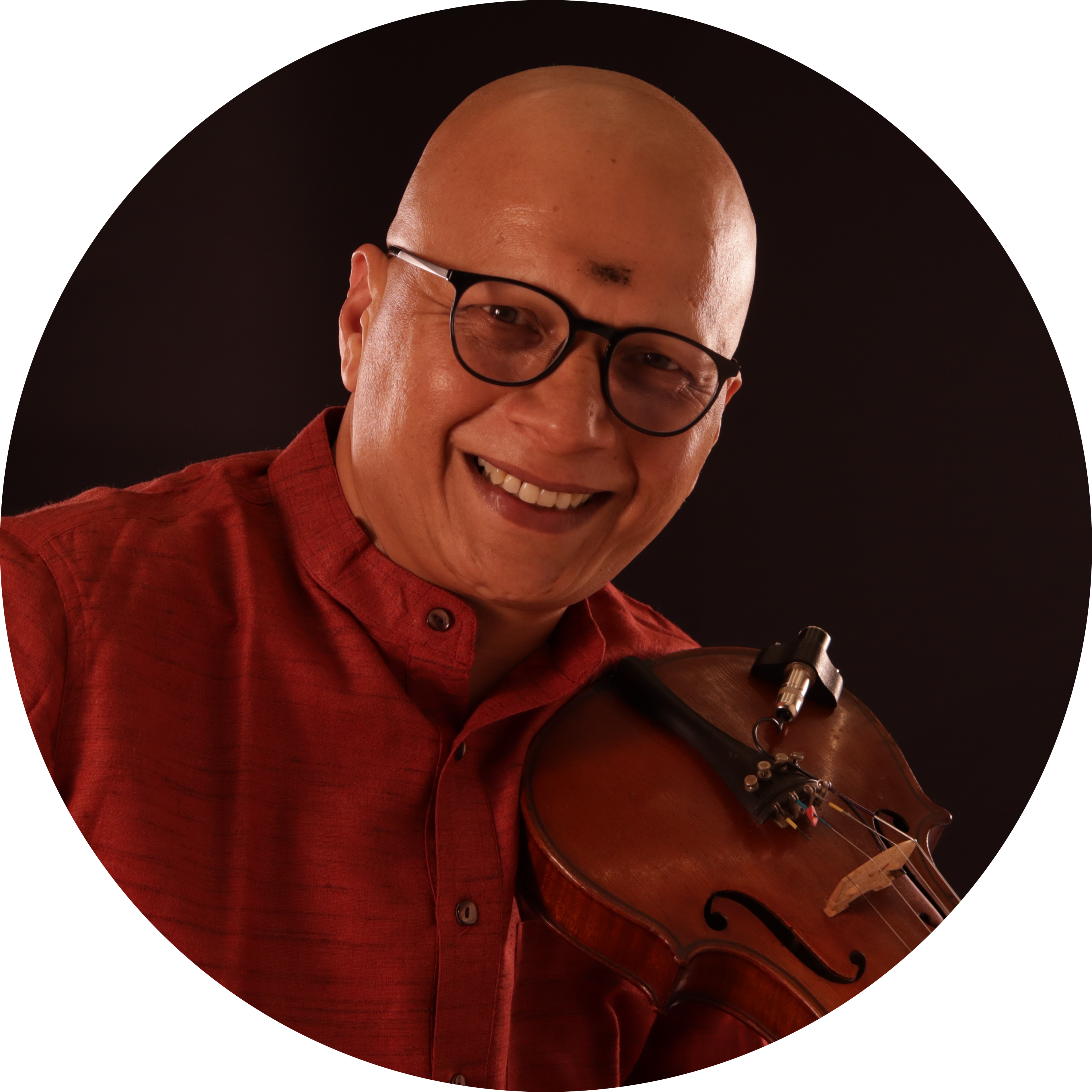 The portal is an ammmmaaazing experience, easy to navigate and the interaction sessions are very comfortable... I am just loving the portal. My heartfelt thanks to The Fiddling Monk for giving us an opportunity to learn the Indian violin”

We suggest moving this party over to a full size window.
You'll enjoy it way more.
Close
Go Fullscreen